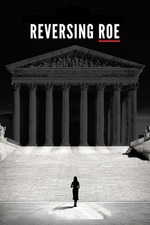 Like any abortion documentary worth the time to watch, Ricki Stern and Anne Sundberg’s “Reversing Roe” doesn’t explicitly argue for or against a woman’s right to choose. And while there’s little doubt that Stern and Sundberg could make a persuasive case for reproductive rights, as several interview subjects do, it’s only so valuable to preach to the choir — especially when a film is released into the apolitical cyberspace of Netflix rather than a handful of arthouse theaters in America’s largest and most liberal cities.

Ultimately, “Reversing Roe” is a productive contribution to its ever-growing genre because it sharply dissects the process by which abortion soured from a private medical issue to a public political one. If witnessing the cynical opportunism with which Jerry Falwell stirred evangelical Christians into a Republican movement, or watching the Operation Truth videos in which fundamentalist zealots try to impose their religious beliefs, or being exposed to photographic evidence of how gruesome abortions can be in countries where they aren’t legal … well, if any of these things leave you feeling like the anti-choice movement is more about power than it is about “the sanctity of life,” then so be it.