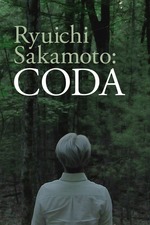 [this is a review of CODA nested inside a Ryuichi Sakamoto profile. kinda]

Ask Ryuichi Sakamoto if a movie saved his life, and he’ll say yes.

In June of 2014, the famed Japanese composer was diagnosed with Stage III throat cancer. On July 10 of that year, Sakamoto made his illness known to the public, releasing a statement in which he expressed his need to take a break, and apologized “for all of the burden I will undoubtedly be casting upon everyone who has been working with me on various projects.”

The following spring, after Sakamoto completed an intense round of chemotherapy (and completely scrapped the album he was writing prior to his diagnosis), he received an urgent phone call from director Alejandro González Iñárritu asking him to fly to L.A. — tomorrow, if possible — to discuss scoring a movie called “The Revenant.” Gaunt, sore, and weary just from waking up, Sakamoto accepted the invitation. “I’m supposed to be on a hiatus period,” the musician can be heard confessing in Stephen Nomura Schible’s profound “Ryuichi Sakamoto: Coda,” a meditative new documentary about his life. “I couldn’t say no to [Iñárritu] because I admire him too much.”

Less than six months later, Sakamoto finished recording one of the best film scores of the 21st century. It’s a spare and haunted piece of work, punctuated by great silences that reflect the chaos of nature, as unpredictable and inviting as the surface of a frozen lake. Piano strikes are distorted until they rumble like rolls of distant thunder, while urgent strings press into the mix with such force that you can almost hear the first bloody streaks of orange sunlight creeping over the horizon and calling you home. It’s the sound of someone finding a way back to their body by listening for its place in the world around them.

“The Revenant” is a journey back from the dead that the film documents with the same atemporal sparseness that shapes the composer’s music. Folding five years into 100 minutes, Schible’s directorial debut focuses on the souvenirs that Sakamoto picked up along the way. It finds he’s a different man than he was before his diagnosis, at once both more delicate and more powerful than ever — attuned to nature for the first time in his remarkable life, and finally able to hear some kind of harmony between how finite we are and how limitless we feel.

From “It’s a Wonderful Life” to “Wings of Desire,” and from “Ikiru” to “Fearless,” there have been any number of movies about people who find a permanent clarity after their brush with death: “Coda” is not one of those movies. It’s the story of a visionary artist whose perspective is retuned by a personal disaster; whose obsession with not taking life for granted begins to consume him once he sees first-hand that death is never further away than a next-door neighbor. It’s the story of a cancer survivor who knows that being healthy makes it almost impossible to appreciate being healthy, and it’s the story of a mad cinephile using his own music to reconcile those two states of mind before it’s too late. Now that Sakamoto is in remission, he’s in for the fight of his life.