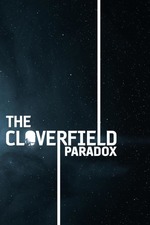 “Cloverfield” might be the single best idea that J.J. Abrams ever had, and he got to have it twice, with the first two installments of the franchise both successfully disrupting the way that big sci-fi movies are sold to the public. When the third entry, “The Cloverfield Paradox,” dropped on Netflix after the Super Bowl with virtually no advance warning, it seemed like Hollywood’s greatest showman had done it again. Alas, the most surprising thing about this bold attempt to salvage a very bad film is that Abrams was so willing to sully his most exciting original brand.

Abrams conceived of the original “Cloverfield” — first introduced to the world via a titillatingly title-less trailer before screenings of “Transformers” during the summer of 2007 — as the purest example of his “mystery box” approach to modern storytelling. A natural evolution of the ethos that powered “Lost” for six long years, “Cloverfield” found Abrams learning how to sell a film with the same tactics he used to sustain the plot of a TV show. “What is the island?” became “What is the movie?” People were made so curious by the question that they collectively spent more than $170 million to discover the answer for themselves.