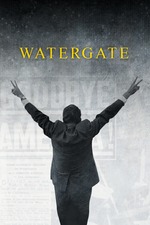 There’s a bit of a shock when the late John McCain shows up as an interview subject toward the end of Charles Ferguson’s “Watergate,” a comprehensive but frustratingly inessential retelling of how a crime blossomed into a constitutional crisis (you might have read about it). The senator isn’t on screen for long, but it only takes him a few seconds to summarize a profound truth at the heart of this epic documentary: “One thing we politicians are very good at,” he says with a smile, “is kidding ourselves about how well-liked we are.” McCain is talking about Richard Nixon, but — after four hours of watching this film painstakingly connect the dots between then and now — it’s obvious that he’s not only talking about Richard Nixon. Nobody is.

No matter how deep into the weeds Ferguson gets, there isn’t a minute of this movie that doesn’t feel self-consciously subsumed into Donald Trump’s dark and bloated shadow. Our current President is never mentioned by name, but the context for this hyper-detailed history lesson is clear from the opening credits, where the full title card reads: “Watergate: Or How We Learned to Stop an Out of Control President.” Remind you of anyone?