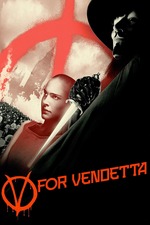 As graphic novel film adaptations come, few have ever come close to James McTeigue's dystopian tale of vengeance. Featuring a masked vigilante with a political agenda and the scars of government oppression on both his body and his psyche, the character V is a crusading, charismatic, freedom-fighter, with the desire to awaken a country living in fear. Set against a backdrop of an England where a fascist regime has total control over a population, this is all about revolution. Hugo Weaving leads a cast aided by the sultry baldness of Natalie Portman and another memorable John Hurt performance as Dictator Adam Sutler. Violent, witty, surreal at times, but utterly engaging on every level, V For Vendetta stands out among the graphic novels as something truly unique. A character that has since transcended into the mainstream as a symbol for real life rebellion and revolution, Guy Fawkes himself would surely have been proud.