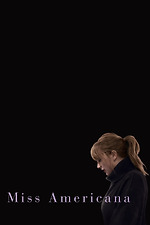 There’s a part where Taylor and her manager hold champagne glasses and cheers to “the resistance” and it plays exactly how you’d think it would play, which is the polar opposite of how Taylor probably expected it to play.

I fully believe that this isn’t as cynically-crafted and Taylor-signed as we could believe it is, but the only conclusion I’m left with outside of that is that Taylor’s world has put her in exactly the position where her entire life feels like an image because she actually is just kind of corny and neoliberal, and it’s hard to blame her for that. If I grew up white and wealthy, became a world-famous superstar at 15, and had a documentary made about myself twice-my-life later, you’d probably see me proudly cheers-ing to the resistance too.