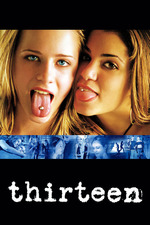 yup. that type of night again. i dont even know what it was this night watching this.. but honestly it hit too different in a way that im unfamiliar with.. that seems so far out of touch but at the same time the closest i felt with tracy

i honestly have felt too fucking dead these past few days.. and nothing notably serious has happened (for the most part.) its not anyones fault or whatever.. its just been so mundane and depressing for no fucking reason (well maybe since i just went to a beach house with my bf and now my home life is just dull and my irls dont like me that much to hang out and my online friends are starting to feel the gloomy dread as well)

anyways.. fast forward to me being in a closet while im crying my eyes out after drinking thefted titos and two drops of oil with dead nic alongside my girl olivia lusting over holly hunter off to pee while im too nervous to step outside. but i have to pee badly too so thats awkward (im ^* *^ *^*^^* so i could just.. nvm ANYWAYS)

i dont want to get out.. idk. rewatching this i wanted to give it a 4 stars but only up until the last act. this hasnt been the case in a while since i have enjoyed the entire movie.. idk. i havent felt that much inspiration to do stuff anymore even though i might have had bursts of energy but now i dont even know..

but my favorite part was that once they officially state that shes in 7th grade.. i thot about my life in 7th grade and this would probably happen to me if my dad abandoned me instead of force me to fear my future 😂😂😂 along w other peers since i go to a more studious school. if i were in public school this would definitely be me.

things i noticed this time around (8)
*brooke says her mom is calling her and hands her the phone, but tracy puts it down on some random table
*evie says “got any beer” to luke and then it cuts to her holding 3 shot glasses
*lukes boner shows
*luke shows up in the first scene w mason
*tracy is probably under several drugs every day all the time. all the time
*the perception of time is faded away near the end, much like her mentality by the end of the movie
*mason slut shames her because he heard what his friend said for the first time that night, this topic is quite uncomfortable for him especially since he is a guy and he knows what other guys are thinking as well
*the “nice car” comment was pointed out by mason and the step dad.
*her friend says “not to mention we left a note on your locker” and then tracy continues to lie about her phone bill being cut