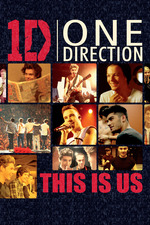 One Direction: This Is Us

10 Years of One Direction

looking back at their journey from auditioning in the x-factor to touring around the world just brought back so many memories. i have been a fan of one direction since 2012 and they will always have a special place in my heart. take me home era really was their best era, it was also the era where i met a lot of friends from different parts of the world. these friends and i really went from talking to each other on social media to meeting up at 1d-related events to partying and drinking together. we all literally grew up together, including the boys.

i will never forgive their management for overworking them. they really recorded and released an album every year while on tour, making them sleep-deprived. their overwhelming success will never make it up for their deteriorating mental and physical health. while i'm glad that they're all on their own now, enjoying their creative freedom, i still can't help but wish things were different back then. maybe if they were under a different management who actually cared for them, they would have lasted longer and there would be no drama if they still would have gone solo.

anyway, watching this in the cinema in 2013 was a different experience because of its 3d effect, making the visuals more appealing. the entire theatre was filled with fellow fans screaming and crying on top of their lungs. i'm still thankful how supportive my parents were for my fangirling life because they made an excuse to my teachers so i could skip school and watch this LMAO.

now that they've been in the band for 10 years, i'm taking this time to go through their stuff again and reminisce. those were the days, man. i'm not really expecting a surprising gimmick for their anniversary anymore, i just want them to have the time of their lives right now.

one band.
one dream.
one direction.