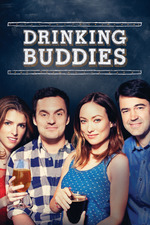 Instead of following rom-com genre signposts, Joe Swanberg documents with surprising naturalism an emotional shift in the lives of four people in relationships. Olivia Wilde and Jake Johnson are great and I'd say this is a worth a watch if you're fans of them, Swanberg, or 'mumblecore' in general. Although this is the least mumbly, most polished piece of mumblecore I've ever seen, as evidenced by its pedigreed cast and squeaky-clean production values. It could have used a little more mess, perhaps, a little more fire or lust. That was oddly lacking for a film where the principal characters are sauced 90% of the time. Still, it was worth the watch.

The Act of Killing