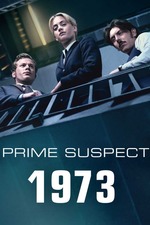 Focusing in on a young, idealistic Jane Tennison (played by Stefanie Martini, worlds removed from the no-nonsense, war-hardened DCI Helen Mirren portrayed back in the 1990s) on her first murder case back in, you guessed it, 1973, Martini as WPC Tennison is highly commendable and deftly carries the show on her able shoulders, with help from supporting players Jessica Gunning, Sam Reid and Blake Harrison. However, the show is as cliched as police procedurals come, and as entertaining as the series is, you can't help but be reminded constantly that you've seen this before, and perhaps better.