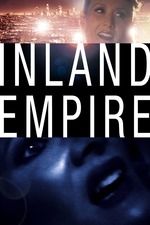 I don't say this lightly: this may be the scariest film ever made.

One of my biggest pet peeves since I started getting into movies around 5 years ago was hearing that damn word over and over again: terrifying.

“He gives a terrifying performance.”
“What a terrifying villain!”
“Did you see that part when that thing happened? Wow! That was terrifying!”

This word is tossed around so often, used so overdramtically to describe anything the least bit uncomfortable or tense, that it has lost virtually all meaning. I can count on two hands the number of times that I've actually been terrified watching a movie, television series, or otherwise (Well.... before today). I think the man responsible for most of those is David Lynch.

I don't know what planet this man came from, or how some disparate cells and neurons and synapses bonded together to form his magnificent brain, but somehow David Lynch is here. Lost in our world and trying to find his way home through his art. He creates worlds to escape through: through sounds, images, textures, feelings, emotions, fears, desires, compulsions, anger, sadness, longing, wonder. But in the end he finds himself right back where he started: like a dream - a nightmare that just won't end.

I think the reason Lynch's work has spoken and continues to speak so strongly to me is that I don't have a fucking clue what I'm doing here. My whole life has been nothing but waiting, inaction, and confusion. I don't know what's next for me, where this is all headed. And I suspect that's the way most of us feel - perhaps some more than others. And it's terrifying.

Lynch's work was my real cinematic awakening. Others came before, sure: The Twilight Zone, Breaking Bad, A Clockwork Orange, Taxi Driver, and the like. All works of art that I love dearly to this day. But David Lynch captured something for me that one else could.

“We live inside a dream.”

I think I might finally understand what that means. For myself, at least.

Say what you will about Inland Empire - that it's indulgent, confusing, messy, laughable, Lynch trolling all of us. I'll be the first to admit that despite my intense involvement from minute 1 to 180, I thought of Neil Breen on a number of occasions. Lynch toes the line between parody and transcendent work of art so closely that I found myself laughing hysterically at times. Most of the time though I was just quiet, watching, feeling myself taken all over again like I was with Blue Velvet, Mulholland Drive, Lost Highway, Fire Walk with Me, Twins Peaks: The Return and all of the others.

This is a film that so beautifully explores that hopeless confusion with existence and eternal fear of the mystical unknown. The level of immersion that Lynch achieves here despite everything seemingly working against him is astonishing. After watching The Return, an 18-hour art film backed by Showtime with Lynch given seemingly all the resources he could ask for (I’m not so naive as to think that’s true but the fact that he got away with as much as he did is a genuine miracle), I was wondering if this 3-hour, SOV experiment would end up looking a little tame in comparison. I think you pretty much get where I stand now. I couldn't possibly say how many times I jumped out of my skin watching this, but rest assured it affected me in all the ways I have ever hoped for: in my dreams and nightmares and stray thoughts. My final Lynch film. A body of work like no other. A film like nothing else.