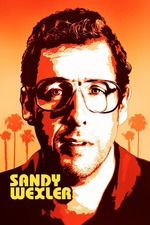 Around 25 years ago I was like “holy shit! Aaron Neville has a face tat.” Now that shit is common as fuck, but his OG tat is so much cooler than anything today.

The raccoon scene was pretty funny.

A finger or something appears in one of the limo scene shots, which also happen to be some of Rob Schneider’s best scenes in years.

Everybody hates this, but it struck the right note with me tonight