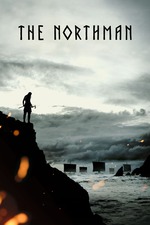 The Northman deserves a broad audience. It might be the most accurate Viking movie ever made.

The Northman, with its ominous ravens, bearded he-witches and helmeted Valkyries, treats Viking mythology as its own living, breathing, dazzling reality.

From the opening frame, The Northman sets sail in its brutal tone, swept in the coldness and dragged into the high mountain of fire. Jarin Blaschke’s cinematography is astonishing in every frame.

Blaschke’s lighting, particularly in the night sequences, brings dread and unease into that beauty, matching the intricate but unsettling sound design from supervising sound editor Steve Little and his team.

The action set pieces are raw, bloody, violent, and brutal to witness. Eggers doesn’t shy away from showing the savagery in the killing. You’ll wince into your popcorn when Amleth slices a henchman’s nose off, baring the raw bones beneath. The final battle between Amleth and Fjölnir is fierce to witness with every frame dripping with excellence.

What will surely stick with audiences is the film’s stirring, wholly committed performances. Skarsgård as Amleth gives his best performance to date. He is utterly fascinating in his character and a total beast mode when it comes to action.

Though The Northman spans well over two hours, each and every moment is packed with visual potency and narrative significance--there’s not a single dull second.

The Northman is a movie with the force of nature.