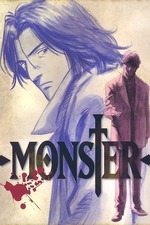 For the last month I have been watching Monster and what a journey it has been because this show was incredible! From episodes 1-74 I was hooked. I genuinely had no idea where the show was going and what was gonna happen next. It’s unpredictable and suspenseful all through out. Some episodes are slow, but these slow episodes are great build ups to something great. Once you finally get to the payoff of all that build up, it’s super satisfying and amazing.

Dr Kenzou Tenma is a super underrated protagonist. You barely ever see him brought up when people talk about the best anime protagonists of all time, and that’s a shame. There are also other great characters like Wolfgang Grimmer, Nina Fortner, Dieter, Lunge, Eva Heinemann, and many more.

This is a very different anime. It honestly feels like a live action show, but animated. It stays away from typical anime cliches too which is a breath of fresh air. The opening theme is also something you don’t typically see in an anime. On the surface, this anime is about the hunt for a serial killer, but deep down it’s actually a dark and chilling examination into the human psyche.

Now let’s talk about Johan Liebert. Oh man, what a fantastic character! He is perhaps the greatest anime villain of all time, and one of the best villains in anything ever! He is such an amazing, dark, and tragic character. The show is mainly about why he is the way that he is. Figuring out more and more about his tragic past was shocking, and I didn’t see a lot of it coming. I even ended up sympathizing with Johan in a way. I wanna talk more about Johan but I don’t wanna spoil anything. Just go watch this fantastic anime right fucking now!