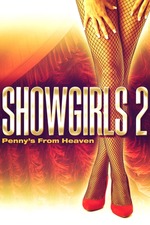 John Wayne of the Internet’s review published on Letterboxd:

There’s a line in this movie: “The one that’s able to fool the world for being dumb, is the one we should all watch out for”

I think a lot of people dismiss this movie as dumb because it has a ditzy lead, T&A, and brightly colored lipstick — but this movie has brains too.

Rena Riffel did everything behind the scenes — wrote, directed, starred, edited, makeup and hair, location scouted, lugged around all the equipment, and even craft services for the crew. For anyone that would be a stretch. So this movie definitely has some noticeable flaws. Mistakes were made that she couldn’t fix, probably from being spread too thin. But as challenging as it was for her, it’s undeniable how much she loves this character and this project - as undeniable as the 7 bottles of nail polish she keeps in her purse. Yes, she created an imperfect movie, but this is SOOO much more interesting than the other lame cash in sequels like Samurai Cop 2 or Birdemic 2.

Often times, you create better art from a limited palette. Riffel definitely didn’t mean for this to turn out the way it did, but she embraced the direction it went. There’s plenty of intentional and unintentional satire, but it’s intertwined with seriousness — making fun of itself, while also probing into itself at the same time. And there’s some good ideas in here too. I like how Riffel used the vaseline as a motif where people use it as a symbol of power over Penny throughout, telling her to suck it up and smile — and by the end, no spoilers, but she uses the vaseline to get what she wants in the film —symbolizing the shift from passive to empowered.

The movie is looooong. The first cut she did was 4 hours, then 3 hours, and then this final release was 2.5 hours. That’s too long for a typical sequel like this… if you judge it by typical standards. But this isn’t a typical movie. It has so many subplots that it’s both confusing and refreshing, but never unenjoyable, even at that unprecedented length.

Lastly when I listened to the commentary, it only furthered my conclusions that Rena Riffel’s earnestness, honesty, and humility totally translate to the screen to make a unique, fascinating, and entertaining sequel worthy of the Showgirls name!
Tarzan with thunder and lightning!

Our podcast episode about it: Movie Melt!

John Wayne of liked these reviews

John Wayne of is using Letterboxd to share film reviews and lists with friends. Join here.