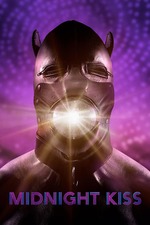 Pros:
- It's a gay slasher, so I'm glad to see and support it.
- Director Carter Smith and writer Erlingur Thoroddsen said that Blumhouse and Hulu gave them near total creative control, and you can feel it from both the more understated and more explicit moments. A genuine balance I found refreshing at first. I appreciated both the butts, and casual, developed conversations.
- Augustus Prew, Ayden Mayeri, and Lukas Gage are all pretty good, and their performances give the final moments much needed tension and some degree of realism.
- The fight choreography, and ways the entire house is covered in the end, is satisfying to watch. Making the most of the location is something valuable when it comes to a contained film like this.

Cons:
- This is possibly the least intimidating slasher I've ever seen. There is an awkward lack of vibrance, and aliveness, that could've worked if it leaned into it, but it doesn't feel entirely intentional, and just makes for a boring, and oddly sad film when it doesn't feel like it wants to be that (at least not only that).
- I really didn't care about the killer, or figuring out who they were, until a few scenes toward the end where each and every character (aside from the lead) go missing for a few moments, asking you to consider anybody, which did pull me in somewhat.
- The ending is poignant in a very specific way, but also not the best choice for something that's going to be watched by mostly possibly ignorant straight people. It's not the film's job to make things all clean and perfect, and it shouldn't, but this is going to perpetuate some seedy, even disturbing stereotypes. Again, just made me more sad than anything.

Overall, it's ok I guess, but I'd just go watch Knife+Heart if you need your queer horror fix from this year. That one is also a bit sad, but knows what it's doing, and has its reasons for everything it does. One of the best of the year in general, but especially the superior gay slasher. Wish there was more selection, but it is what it is.

EDIT: Forgot to mention that there's a perfectly subtle Ma reference in the vein of the Twitter memes, which is pretty iconic.