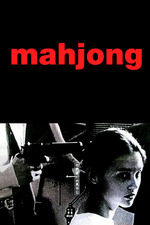 3rd Edward Yang (after Yi Yi and A Confucian Confusion)

Yang's comic thriller is a curious, offbeat creation that subverts many of the traditional assumptions of the genre. There's virtually no action scenes, bar one shooting sequence at the end. Most of the film is taken up with extended conversations between various gangsters, businessmen and couples as they banter back and forth about love, money and sex. There's more than a hint of Max Ophüls to this intersection of commerce and romance, though with more of a critical eye towards the oncoming future than the nostalgia for the past found in films like 'La Ronde'.

By and large, this is an enjoyably languid affair, as you watch the conversations spool out naturally and organically. Yang allows the characters to undercut themselves, showing the vanity and pomposity in their delusions of gangster grandeur. It's the antithesis of the John Woo heroic bloodshed model, aided by some excellent performances, especially from Virginie Ledoyen.

However, what I couldn't get around was what felt like the atrocious misogyny at the centre of the film. While you can argue that the moments where the men discuss women almost as if they're property are parodies of attitudes towards women in gangster films, the depiction of female characters is a little harder to excuse. Marte shows a level of self-possession and initiative, but the Asian women and Ginger are depicted as hyper-sexual to the point of promiscuous. Much of the action around them is built on how they're easy to manipulate, and while the last scene involving Alison and her friends does suggest a turning of tables for HongKong, it nevertheless trades on a specific and unpleasant stereotype, making the film quite hard to watch in places. Sure, it's probably for a satirical point, but I can't help feeling it doesn't totally land.

In any case, Yang is a great filmmaker. Yi Yi is a masterpiece.

The Flesh and the Fiends