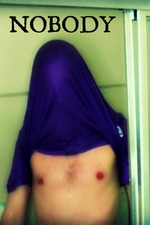 I just found out today that frequent Letterboxd user and the director of this film Eli Hayes has just passed away. I don’t really know what’s true and what isn’t right now, but what I do know is that from the few times I talked to Eli, I found that he was an incredibly generous and compassionate person, to the point where he watched both of my short films I have listed on here. In fact, only two days ago he recently logged one of my short films, and apparently loved it with him giving it a 4 out of 5 rating, telegraphing to his audience of over 16,000 people that my little 5 minute long short film was worth watching. It’s a strange feeling knowing that out of the thousands of films this guy had logged on here, one of the last films he ever saw that he loved was one of my own.

But that’s not the point here. I think the main thing I noticed about Eli was how willing he was to say he loved something, and how evident it was that he wanted to love nearly every film that he saw. On a website of people who love to obsessively quantify their experiences and only really seem to care about growing their watch count or putting others down for having differing viewpoints, Eli’s main objective seemed to be finding as many films to appreciate as he possibly could, and in that way, he really inspires me.

My heart goes out to you and your loved ones, and I can’t thank you enough for how many films you’ve introduced me to in my time on this website. Rest In Peace, man.