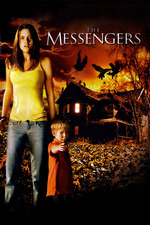 I remember this movie being on TV on Wednesdays, as one channel screened horror movies every Wednesday night, and I was scared to death by this movie. Especially because of the little boy on the ceiling, I could hardly look up at my kitchen ceiling, afraid of seeing him there.
Now, when I watch it again 7 years later, I'm just astounded. The visual effects are just something else. And 2007 had already a good variety of CGI, it had developed quite well then already. But this? Is just something else. The only thing this movie had holding it together was Stewart's acting, and that's it. The story behind the haunting wasn't even explained, shots and editing have inconsistencies.