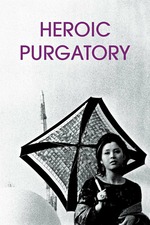 This is a film I would never recommend to anybody, not even to myself.

So you should run away... and fast.

You stayed? Why? Curiosity? Because of my amateur skills to construct a review out of something virtually plotless and abstract? Because of my barely interesting style of opening any review? And you're still reading me.

Maybe you still have some trust that I will not spoil anything to you. Maybe you hope that this mindless and empty conversation we are having is going to get to a point. Maybe you have realized that I am employing reverse psychology, displaying a big red Letterboxd heart and a 5-star rating for a film I am urging people to stay away from.

And you're still here...

Such hope, intangible, immaculate, is one of the most precious gifts God has given to us critics, cinema followers, hunters of the unconventional and "deconstructors" of the avant-garde. We cannot conform. If an abstract experience is offered, we somehow manage to make some strange synapsis of the seemingly incongruent elements to construct something sensical, rational, all in the name of plausibility and mental tranquility.

To begin with, the political schemes, assassination plots, obsessions of the past, among other psychological traits and personal connections are intentionally presented in an incomplete form, thus making it impossible to feel empathy or to make any sense out of anything. Maybe this is the essence present in fantasies: they cannot be unraveled, and all characters have either paranoid tendencies, traumatic backgrounds or unnamable fantasies. The dark scenarios illuminated by the pervasive use of a white, bright light contrasts this contradictory duality. I am all for character development. So, what is happening to me?

Moreover, the chronology is structured, making it even more ridiculously hard to connect the pieces. I am all for symbolic puzzles, as long as the required amount of information and hints is given away. That is not the case here. So what is happening to me?

Therefore, we have been deprived from a clear plot, character development, a linear sequence of events, explanations for the symbolisms provided, and almost all psychological backgrounds to justify their actions in the present and the nightmares and hallucinations that the characters have. What are we left with?

1) It is meant to be a visual experience not meant to be explained by the rationale.
2) The voids are meant to be filled by us. So you can understand this idea, imagine that you were given the box of a jigsaw puzzle and 100 out of the 200 pieces. The 100 pieces available, however, do not make one complete half of the puzzle. They do not build the entire top part or the bottom part of the puzzle either. No. On the contrary, the missing pieces are scattered throughout the entire image, like a cheese full of holes.

Both points above, thus, are the most important characteristics of this exceptional example of non-narrative, non-surreal cinema. It is poetry in motion disguised with an elegant costume. The style of filming is, to say the least, unusual, yet expertly shot. The camera is always tilted up between a range of 10 to 20 degrees above the ground. It always looks up, like if nothing happened on an earthly terrain. People is captured from the chest up, or from the hip up. Sometimes, only their faces appear, capturing mostly the ceilings, the sky... Either that, or we crawl at the height of the floor, smelling the dirt and feeling the rugs. It is like we were always floating on heaven, or sharing suffering in hell. We are never given the opportunity to set a foot on the ground. Maybe everything happens in a metaphysical context? Maybe all characters are lost wandering souls, with different scenarios and physical locations impossible interacting between each other, and it is the purgatory the Alighieri stage that we missed? I had NEVER seen something like that before. Still, the cinematography ALWAYS achieves to capture breathtaking images with an immaculate balance. And this intangible web of the real and the imagined is only accentuated by exaggerated chiaroscuros that construct an authentic nightmarish appearance that pervades throughout the frames.

Past and present, reality and sci-fi, sex and politics, sadness and melancholy, fantasies and illusions... These pairs of elements, seemingly complimentary between each other, had never merged so enigmatically before. For the really adventurous, though, it is an offer impossible to refuse. What if your heart and mind were simultaneously given the opportunity to dictate the connections and fabricate the missing pieces? What is it that holds us back from watching cinematic experiences that are not meant to stay within the conventionalities of mainstream cinema? What if we should tear down the walls, switch the analytical side of our brain off and let our senses be lifted and our minds to be raped by this type of nonsensical dreams, and let our heart interpret the absurd and the poetic of something like Raoul Ruiz's La Ville des Pirates (1983)? Why reject the opportunity to become the screenwriters and the semigods of these pictures?

Why did you keep reading? That same reason that made you stay here is powerful enough to compel you to stay until the ending of a movie where half of the things are unexplained, and stop being nonsensical until YOU decide so.