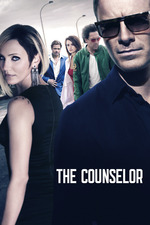 Ridley Scott is one of those directors where you just don't know what you're going to get when you start watching a movie by him. He's one of the few directors who I've given two five star ratings to on this very site - but also three half star ratings. That's just an astonishing range in quality that you just do not see in other directors. From the highest of highs to the lowest of lows, you just never know what you're gonna get.

This movie has an interesting narrative structure, that is to say, not very much of one. Scenes seem haphazardly arranged, there is barely a plot throughline, we're watching a succession of events without bothering very much with things like motivations and these scenes come together purely by virtue of being in the same movie. If nothing else, it was a good watch just for that.

Since it's so nebulously told, it can't bother very much with nuances and is about as subtle as a snuff movie of a beheading. So Cameron Diaz literally fucks a car, Michael Fassbender (our main character) doesn't even get a name and his main characteristic is an uncomfortable sleaziness (appropriate for a counselor or lawyer, I suppose), Brad Pitt looks straight out of the scumbag catalogue, Penelope Cruz is just here for her Catholic-school-girl-esque sex appeal. The less said about the absolute insanity of Javier Bardem's performance, the better.

Whoever was responsible for Bardem's outfit and wardrobe clearly had a lot of fun though, rising to the actor's overacting abilities and perhaps even surpassing them.

All in all, because of its loose structure, it's very hard to rate. I feel like an even 3 stars is best since I clearly enjoyed myself watching it. I'm just not quite sure it's for the same reasons the movie wanted me to enjoy myself.