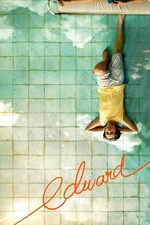 It feels like there's a lot of hopelessness in this year's edition of Cinemalaya. You can't blame the filmmakers. That's just the world right now. But yeah, if you go through a marathon of the lineup, you get weighed down by these depictions of people in dire straits, unable to do anything to escape, never even presented an opportunity to fight back against the systems that are oppressing them.

But then there's this movie. It also presents what feels like a hopeless situation. It really digs into the deficiencies of public Healthcare system that dehumanizes patients and their families. And it gets really deep into the tragedies that take place on a daily basis in this hospital, the abuses that become inevitable in any overtaxed, understaffed system.

But at the center of it is an achingly tender story of a young man coming of age in the midst of this tragedy. And the system may be broken, but he isn't. He's young and full of feeling, and over the course of the movie he is the means through which we experience the film's fortifying belief in human kindness. Louise Abuel is the discovery of this festival. His Edward is the tender heart of this movie, shining through the rough exterior.

What little triumph Edward experiences in his story is tiny, and ultimately pyrrhic. The system doesn't change, and it doesn't really make things better for anyone. But the movie dares to imagine a seed of goodness amid the brokenness, little grace notes of humanity that withstand the waves of tragedy. It's a little pinprick of hope in the unrelenting darkness, and maybe that's what we really need.