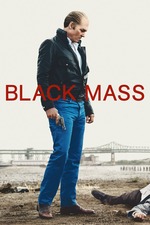 Compared to other movie gangsters we know, James "Whitey" Bulger is quite honestly a rather unremarkable and cliched one, unfortunately. Though Depp does turn in an intimidating performance, the writing seems so cliched, made up of so many "Oh, he's angry, you better back off but you probably won't," moments that it sort of ruins the character. Outside of that character however, the writing holds up decently.
Anyway, it's worth watching for the performance I'd say. And the technical elements.