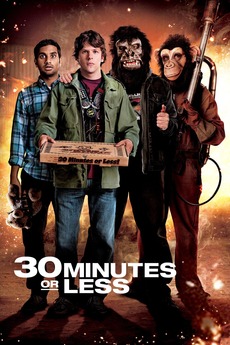 A lot can happen in 30 minutes.

Two fledgling criminals kidnap a pizza delivery guy, strap a bomb to his chest, and advise him that he has mere hours to rob a bank or else...

Films to watch at 2-3am in case you're drunk and/or on drugs [Psychedelic, Stoner...]

These films are pre-filtered for the exact right parameters: