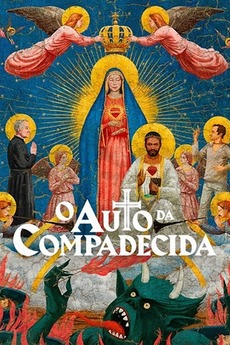 A Dog's Will
JustWatch

The lively João Grilo and the sly Chicó are poor guys living in the hinterland who cheat a bunch of people in a small Northeast Brazil town. But when they die, they have to be judged by Christ, the Devil and the Virgin Mary, before they are admitted to paradise. The edited theatrical version of O Auto da Compadecida.

Collection of films that were at some point part of the Official Letterboxd Top 250 Narrative Feature Films. Films that…

Community Favourites: Every Film on Letterboxd with a 4.0 Rating or Higher (Min. 2k views) [UNDER RECONSTRUCTION]