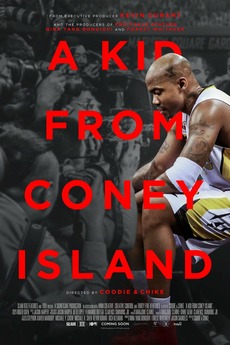 A Kid from Coney Island
JustWatch

A Kid from Coney Island

Feature documentary about the rise and fall, and rebirth of ex-NBA star, Stephon Marbury.

tell me what I'm missing in the comments

(also i stopped star rating docs a few years ago, so take…

By year: Feature films produced in 2019

I anticipate that this year is going to be mostly digital screeners. I am including anything I receive as a…

A subcategory of my 'Black Life on Film' list, which you can view here

A list of movies edited by FSUFILM alums and faculty, such as Nat Sanders, Joi McMillon, Michael Felker, Bill Carruth,…

I have watched over 170 films/TV series that are on LetterBoxd since March 13.  As with food, I take a…