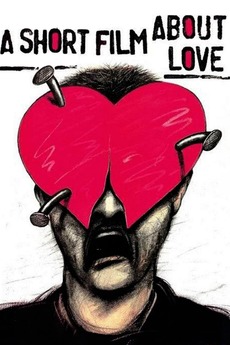 A Short Film About Love
JustWatch

A Short Film About Love

19-year-old Tomek whiles away his lonely life by spying on his opposite neighbour Magda through binoculars. She's an artist in her mid-thirties, and appears to have everything - not least a constant stream of men at her beck and call. But when the two finally meet, they discover that they have a lot more in common than appeared at first sight...