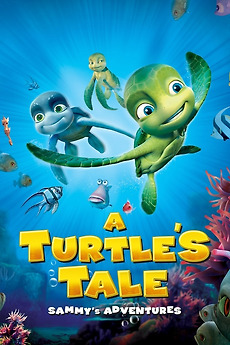 A sea turtle who was hatched in 1959 spends the next 50 years traveling the world while it is being changed by global warming. Born on a Baja, California beach in 1959, new hatchling Sammy must do what his fellow newborn sea turtles are doing: race across the beach to the ocean before they are captured by a seagull or crab. Thus begins Sammy's incredible fifty-year ocean journey. Along the way he meets his best friend, a fellow turtle named Ray, and overcomes obstacles both natural and man-made while trying to fulfill his dream of travelling around the world. Throughout his voyage, Sammy never forgets about Shelly - the turtle he saved on his first day and loves passionately from afar. Based on the actual trajectory of a sea turtle's life, the film illustrates the dangers humans pose to the species' survival. The film combines entertainment with an important environmental message.

The Most Watched Animated Movies

Animated movies that have a lower Average Rating than Minions (2015)

Don't get me wrong, most of these movies are Cinematic Disasters in their own right. But every single one of…

EVERY FILM I'VE EVER SEEN RANKED

Random Lists This list is constantly updated. Every time I watch a movie, I add it to the list, that's…