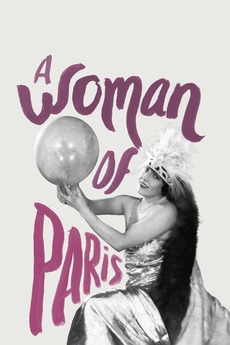 A Woman of Paris: A Drama of Fate

When Marie St. Clair believes she has been jilted by her artist fiance Jean, she decides to leave for Paris on her own. After spending a year in the city as a mistress of the wealthy Pierre Revel, she is reunited with Jean by chance. This leaves her with the choice between a glamorous life in Paris, and the true love she left behind.

Nainen Pariisissa, A Woman of Paris