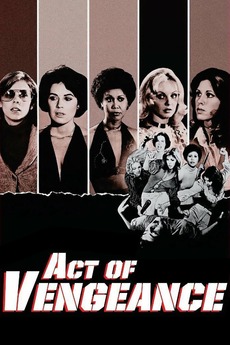 The Story of The Rape Squad! They all had one thing in common. They had been violated in the same savage way... Now They're Out to Get Even!

A group of women who have all been attacked by the same hockey mask wearing rapist, get no help from the police. So they ban together to form a vigilante group called "The Rape Squad", and set about going after the local scum.

Every October I watch a horror movie every day (or more), and I have a marathon day later in the…

Movies with either a feminist message, feminist elements, or relative feminism, which is to say, given their context (genre, era,…