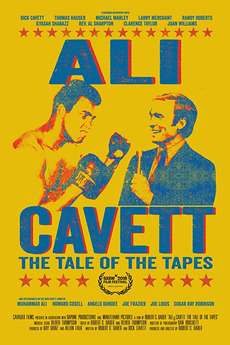 Ali & Cavett: The Tale of the Tapes
JustWatch

Ali & Cavett: The Tale of the Tapes

The life and times of Muhammed Ali shown through the lens of his numerous appearances on The Dick Cavett Show. The film features new interviews with Dick Cavett, Rev. Al Sharpton, and Larry Merchant, as well as archival material from the Cavett Show.

This is a list of all nominees in any category at any of the following award shows:

A list to keep track of films nominated and shortlisted for major awards throughout the 2020-2021 Awards Season. Films will…

Everything on HBO Max

4 NOMINATIONS: Athlete A; Dick Johnson is Dead; My…

“it was boxing that created the cinema.” – Luke McKernan books about boxers and boxing at Goodreads