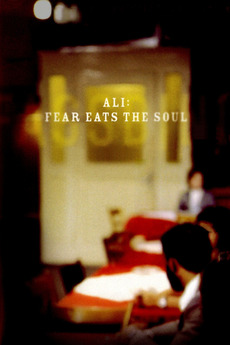 Emmi Kurowski, a cleaning lady, is lonely in her old age. Her husband died years ago, and her grown children offer little companionship. One night she goes to a bar frequented by Arab immigrants and strikes up a friendship with middle-aged mechanic Ali. Their relationship soon develops into something more, and Emmi's family and neighbors criticize their spontaneous marriage. Soon Emmi and Ali are forced to confront their own insecurities about their future.

As a result of not being able to find any complete, detailed or concise list of all film movements on…

Not-so-shortlist of movies likely to contend for the 64 spots in Filmspotting Madness (starting Feb. 2022). Titles may – will,…