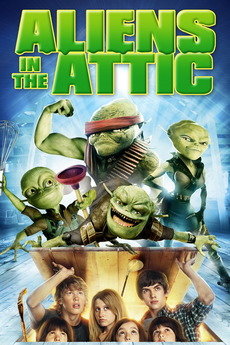 Aliens in the Attic
JustWatch

Aliens in the Attic

The aliens vs. the Pearsons

A group of kids must protect their vacation home from invading aliens.