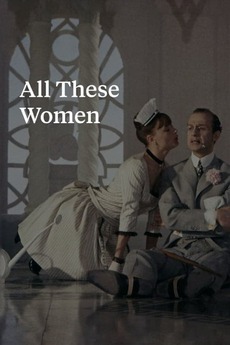 All These Women
JustWatch

The pretentious critic Cornelius is writing a biography on a famous cellist and to do some research he goes to stay in his house for a few days. He doesn't manage to get an interview with the man, but by talking to all the women who live with him, he comes to learn a lot about the musician's private life none the less. Cornelius then decides to use this information and tries to blackmail the cellist into performing a composition that he, Cornelius, has written. Written by Leon Wolters

Updated on 11/29/2020 - A list, arranged in order of original release, of all films associated with the Criterion Collection,…