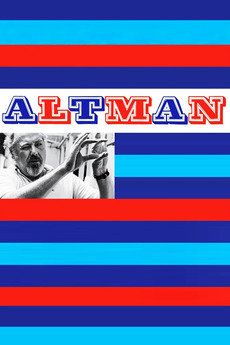 Maverick. Auteur. Rebel. Innovator. Storyteller. Rambler. Gambler. Mad man. Family man. Director. Artist. Robert Altman's life and career contained multitudes. This father of American independent cinema left an indelible mark, not merely on the evolution of his art form, but also on the western zeitgeist. "Altman", Canadian director Ron Mann's new documentary, explores and celebrates the epic fifty-year redemptive journey of one of the most important and influential filmmakers in the history of the medium. With its use of rare interviews, representative film clips, archival images, and musings from his family and most recognizable collaborators, Mann's Altman is a dynamic and heartfelt mediation on an artist whose expression, passion and appetite knew few bounds.

In my [Christopher Campbell's] related post at Film School Rejects, I claimed that I could…

Note: Many more to see. Any suggestions based on those I've seen-listed so far? (visual art, music, dance, fashion, etc.)…