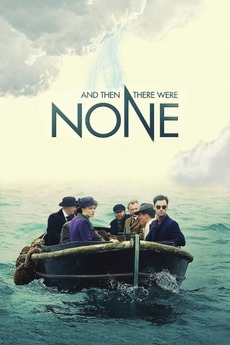 And Then There Were None
JustWatch

And Then There Were None

Ten strangers, drawn away from their normal lives to an isolated rock off the Devon coast. But as the mismatched group waits for the arrival of the hosts -- the improbably named Mr. and Mrs. U.N. Owen -- the weather sours and they find themselves cut off from civilization. Very soon, the guests, each struggling with their conscience, will start to die -- one by one, according to the rules of the nursery rhyme 'Ten Little Soldier Boys' -- a rhyme that hangs in every room of the house and ends with the most terrifying words of all: '... and then there were none.

The 50 highest-rated limited and miniseries of the 2010s, according to the Letterboxd community (as at 1 January 2020).

Whodunits, or one of my greatest pleasure in life (English will follow)