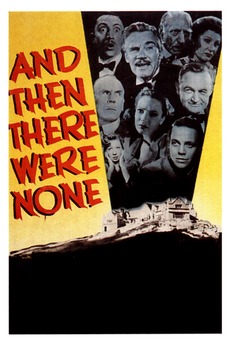 And Then There Were None
JustWatch

And Then There Were None

Ten strangers are summoned to a remote island and while they are waiting for the mysterious host to appear, a recording levels serious accusations at each of the guests. Soon they start being murdered, one by one. As the survivors try to keep their wits, they reach a disturbing conclusion: one of them must be the killer.

Enjoy these great movies Links in notes for each movie Thanks to film cloud .. 🤍 The movies have subtitles.…

Enjoy these great movies Links in notes for each movie Thanks to film cloud .. 🤍 The movies have subtitles.…