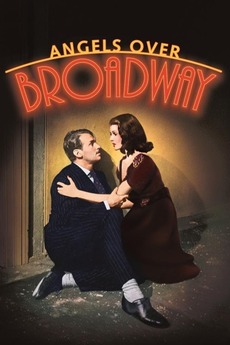 A Romance Born Between Dusk and Dawn

Small-time businessman Charles Engle is threatened with exposure for embezzling $3,000 for his free-spending wife. Deciding on suicide, he scribbles a note, stuffs it in his pocket and goes for one last night on the town. He is pulled into a poker game by conman Bill O'Brien and singer Nina Barone, but when they discover the dropped note, they resolve to turn the tables, get Engle his $3,000 and save his life.