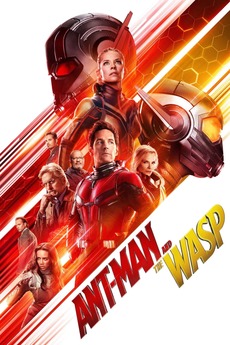 Ant-Man and the Wasp
JustWatch

Ant-Man and the Wasp

Just when his time under house arrest is about to end, Scott Lang once again puts his freedom at risk to help Hope van Dyne and Dr. Hank Pym dive into the quantum realm and try to accomplish, against time and any chance of success, a very dangerous rescue mission.

oh boy these endings have me SHAKIN .....

Just a bunch of films and anime I've found on YouTube, the internet Archive, and Mega

Links are included. You…

Tentatively ranked. I like to rank in Tiers because otherwise I’d spend too much time debating myself on what I…