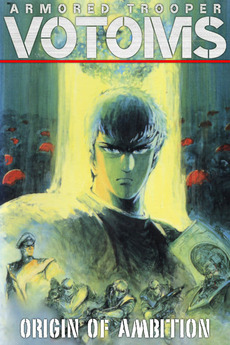 Chirico Cuvie has been assigned to a new unit, the Red Shoulder division. His selection is not an accident, as he has an ability that possibly makes him the ultimate soldier. The Red Shoulder unit is callous and merciless in their training, and will test Chirico's ability to the limit.

Movie by Movie Guide to Japanese Animation since 1983. I think I have found all the ones that are on…

including anything from the 1980s to 2000, with FLCL being the perfect capstone to what OVAs were to what they…

Think it’s about time I get better acquainted with anime

film posters that are illustrated in anyway, whether drawn or painted, traditionally or digitally, i'll also include sculptures and miniatures…

Anime with balls, that contains gratuitous amounts of violence, explosions, and men with massive biceps.

Not found on Letterboxed: •…