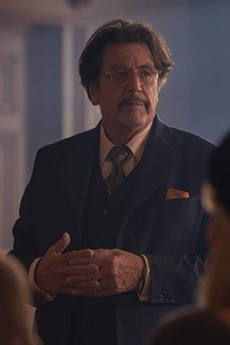 In The Darkest War Her Voice Was The Most Powerful Weapon

Eccentric, brilliant lawyer James Laughlin boldly accepts the case to defend American entertainer Mildred Gillars from ten counts of treason charged by the US government regardless of the inevitable backlash from his country. During WWII, Mildred became a powerful weapon in the hands of the Nazis and was forced to sing defeatist war propaganda to US soldiers based in Europe. Terrorized and raped by Joseph Goebbels, Hitler's right-hand man, Mildred broadcasts hate-filled messages in order to survive the dark and dangerous world of the Third Reich. Despite attempting to murder Goebbels, Mildred is eventually captured by American authorities and sent to trial where, against all odds, Laughlin struggles to redeem her reputation and maintain his own.

The List Includes some of the most anticipated upcoming movies/animations. Items get omitted or added once in a while

I've been seeing this around, and I think it's a mad cool concept! Its like Pinterest but with here! I…

Movies I’m looking forward to in the future. 2022 and beyond. Sadly, some of these may never come to be…