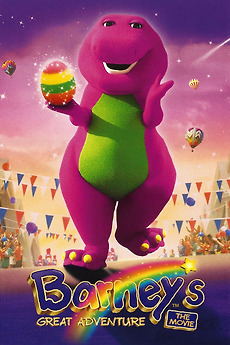 Mom and dad dump son Cody, daughter Abby, her best friend Marcella and a baby on the farm with Grandpa and Grandma. Purple dinosaur Barney soon appears to entertain kids, and when a large colorful egg deposited on a farm by a shooting star is accidentally carted off, Barney and kids start their chase for it