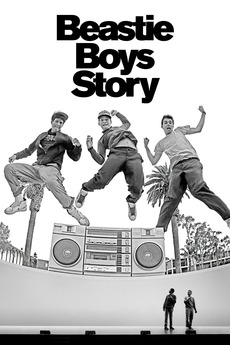 Here’s a little story they're about to tell...

Here’s a little story they’re about to tell… Mike Diamond and Adam Horovitz share the story of their band and 40 years of friendship in a live documentary directed by friend, collaborator, and their former grandfather, Spike Jonze.

To be updated on the weekends. It's ranked by avg l.b. user rating, extracted from here.