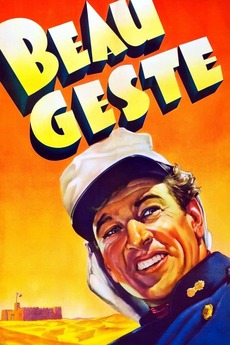 1939 Directed by William A. Wellman

Academy Award winners Gary Cooper and Ray Milland star along with Robert Preston in the epic adventure Beau Geste. When three brothers join the Foreign Legion to escape a troubled past, they find themselves trapped under the command of a sadistic sergeant deep in the scorching Sahara. Now the brothers must fight for their lives as they plot mutiny against tyranny and defend a desert fortress against a brutal enemy. Nominated for 2 Academy Awards, Beau Geste has been universally acclaimed by generations of critics and audiences alike as a true motion picture classic.

Here it is. The master Cinematographer's legendary list. The whole treasure trove - a "Where-Do-I-Begin" blend of esoteric and classic…

What were they watching?: Movies and Cartoons that appear in other Movies

Here's a collection of titles that show up in other movies, usually on a TV in the background or in…