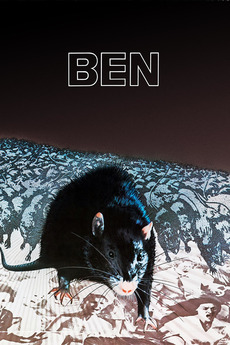 Where 'WILLARD' ended... Ben begins. And this time, he's not alone!

A lonely boy becomes good friends with Ben, a rat. This rat is also the leader of a pack of vicious killer rats, killing lots of people.