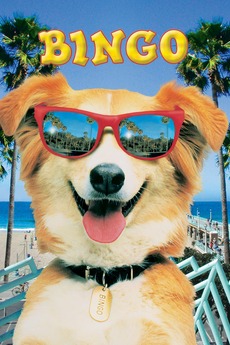 Bingo, the runaway circus dog, is off the leash and saving Chuckie's life! Bingo and the boy become the best of friends in this canine comedy featuring doggy disguises and skateboarding, pinball and prison. Chuckie and his parents (Cindy Williams and David Rasche) are moving house, a thousand miles away, but Bingo won't be allowed to join them. Chuckie and Bingo's determination to be reunited is t

The list includes legally released cassetts only. No TV 2 VHS.

An on-going collection of the worst films ever made. Even the ones that are so fucking bad, they're not worthy…

Finally decided to publish this due to the new, bitchin' poster for Molly's Game featuring our Queen, Lord Jessica Chastain.

Every Film Referenced In Community

That I could find (so far)

movies in consideration to add to my official and prestigious Watchlist, only after going through a rigorous vetting process. there…