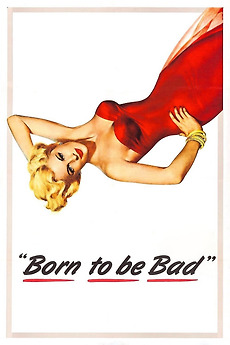 Born to Be Bad

Christabel Caine has the face of angel and the heart of a swamp rat. She'll step on anyone to get what she wants, including her own family. A master of manipulation, she covertly breaks off the engagement of her trusting cousin, Donna, to her fabulously wealthy beau, Curtis Carey. Once married to Curtis herself, Christabel continues her affair with novelist Nick Bradley, who knows she's evil, but loves her anyway.