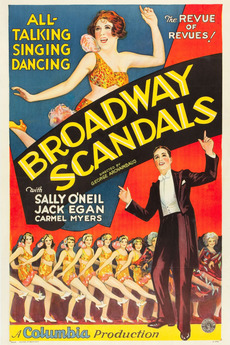 Ted Howard, a vaudevillian left, stranded in a tank town. A local girl, Mary (Sally O'Neil), proposes to finance a new act with her savings and the team succeeds in a minor way until Ted is discovered by Broadway femme fatale Valeska (Carmel Myers). Not wishing to stand in her partner's way, Mary nobly resigns from the act and instead accepts a minor role in the show. She proves a sensation on opening night, however, and a jealous Valeska demands her ousted. But Ted, who is in love with Mary, reorganizes their old act and they begin a new life together as man and wife.