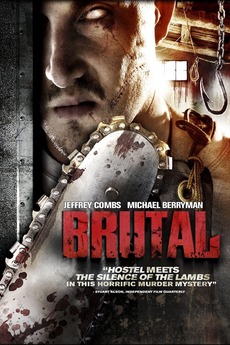 In a small town, a serial killer mutilates the bodies of his victims and leaves a flower on the corpses. The sheriff and his wife/deputy investigate the murders while trying to keep from alarming the citizens. They team up with an autistic hound dog trainer to try to track the killer.

Films that are considered to be gory that I will be watching and reviewing on my Youtube channel: TheGoreGuide youtube.com/channel/UCJbscZzRk9z1y73Hfp4Vc3g…

(original list here, I didn’t curate this list I simply moved it from one site to another) FINALLY completed, will be updating…

A complete collection of Redlettermedia's DVD and bluray collection. How many have you seen?

Video can be found here: youtu.be/C1jbIPhWziI