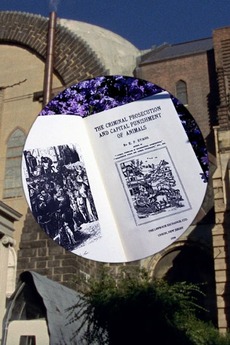 Bugs and Beasts Before the Law
JustWatch

Bugs and Beasts Before the Law

Bugs and Beasts Before the Law explores the history and legacy of the “animal trials” that took place in medieval Europe, in which animals—and other non-humans, such as insects and inanimate objects— were put on trial for various crimes and offences, ranging from trespassing and thievery, to assault and murder. This history of colonial law-making forged political and sometimes profane relation- ships between humans and animals. Bambitchell’s essayistic film reimagines common perceptions of legal history and, in doing so, produces a world where past and present, fiction and non-fiction, human and animal fuse.

This is a partial list of films that I've programmed in screenings, exhibitions or events between 2010–2020.

International Competition Section presenting first, second and third works never publicly shown in Portugal. These films were finalized in the…

To be updated as more titles are announced.